PagePlus lets you customize many areas of your program; these components are listed in an Import Settings dialog. 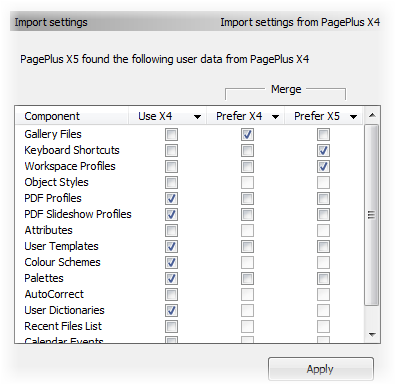 Use the following table as a review of each component. Click the component’s link for more information.

Instead of checking individual components, click the drop-down arrow on a column and select Select All.